ACM is committed to a sustainable future where all peer reviewed scholarly articles will be published in the ACM Digital Library on an Open Access (OA) basis. The transition to this model will take time and needs to be done in a way that ensures the long-term viability of ACM’s Publications program and all of the Good Works that ACM supports through its various educational, diversity and inclusion, public policy, and computing community recognition initiatives. Provided it is achieved in a sustainable manner, the transition to OA should be greatly beneficial to the advancement of computer science in the form of increased usage and citation of research.

Since 2013, ACM has been experimenting with a variety of so called Green & Gold Open Access models for OA publication, including a Hybrid Open Access model, which gives ACM authors the ability to make their individual published Works Open Access immediately upon publication in the ACM Digital Library. While the number of ACM authors opting in for Hybrid OA continues to grow each year and our other OA experiments continue to show real promise, it is becoming clear that none of these models are being adopted at a rate that is likely to result in a complete flip from the current institutional subscription-based licensing model to a wholly Open Access publication model now or in the foreseeable future, so we have continued to explore models that have the potential for greater impact.

For a period of two years, ACM has been working closely with a group of top-tier research institutions and university library consortia to develop a unique and innovative variation on the typical types of “Read + Publish” models that the large commercial publishers and university presses are piloting, and we are optimistic that the new model we’ve come up with through this collaborative process has the potential to transition ACM to a fully sustainable and Plan S compliant (https://www.coalition-s.org/) OA scholarly publisher within approximately five years.

A bit of data first to put the model in context. Today, ACM Publications and the ACM Digital Library platform are funded by selling "read" or "access" licenses to approximately 2,700 universities, government research labs, and corporations from around the world. The income generated from the sale of these licenses, which is approximately $20M+ annually, supports the entire ACM organization, including many of the Good Works and Services provided to the global computing community and ACM’s membership of over 100,000 students, researchers, educators, and practitioners from over 150 countries worldwide, as well as the continued improvement and maintenance of the ACM Digital Library itself.

ACM publishes approximately 25,000 articles per year in the ACM Digital Library, ~20,000 of which are full-length peer reviewed research articles published in ACM’s various journals, conference proceedings, and technical magazines. The vast majority of these articles are authored by individuals affiliated with ~1,000 institutions, which is roughly 1/3 of the institutions that license “access” to the ACM Digital Library. So, the main challenge for ACM is how to generate roughly the same income from 1/3 the number of institutions over the long term, as ACM transitions from selling institutional "access" to an institutional "OA publication" model and more and more of the articles published in the ACM DL are published in front of the subscription paywall.

For ACM to thrive in this future, it will be necessary for ACM’s top publishing institutions to commit to a fundamentally new type of model, a model that is likely to cost many of these institutions significantly more money on an annual basis than they are used to paying ACM for just "access" to the ACM DL. This transition may be difficult for some of the largest research institutions that have been enjoying relatively inexpensive "access" to the ACM Digital Library for many years, however, when moving to a model where the cost of publishing an article Open Access is paid upfront by the affiliated institutions, the amount of articles published by that institution is what determines the overall cost for that institution. In the typical "Read + Publish" model, an institution agrees to pay an Article Processing Charge (APC) each time one of their affiliated authors serves as the corresponding author for a published work. These costs will go up and down each year based on publication output and it will be relatively difficult for institutions to budget for these costs.

The ACM OPEN model was developed with this challenge in mind. Rather than basing cost on the exact number of articles published each year, which is typically multiplied by an agreed APC price (~$2,500 - $3,000 per article for many of the large for-profit commercial publishers) to arrive at the total annual deal value to be paid to the Publisher, ACM and the group of institutions mentioned above developed a tier-based system that uses average article publication ranges to determine which tier an institution is placed in, and once placed into that tier the institution will pay a set tier price that does not change during the term of the Agreement. This makes pricing far more predictable than other models being experimented with in the market, and predictability is one of the most important things for both institutions and societies like ACM.

All institutions are placed in the appropriate tier, based on the average annual number of research articles published with ACM over the most recent three-year period. The three-year publicaton averages for all institutions not participating in ACM OPEN will be updated with the next three-year average as of April 1 each year, e.g. the new publication averages for 2018, 2019 and 2020 will be published as of April 1, 2021. All institutions participating in ACM OPEN will have a fixed tier price for the duration of their multi-year contract term. The tier bands and pricing are as follows:

* Tier 10 pricing decreases as the portion of content published OA increases; see the Transition to OA section below

As indicated above, for the largest research institutions publishing the most articles with ACM, overall cost will increase significantly. This is a direct result of ACM’s need to generate more income from the most active publishing institutions, because over the long term the long tail and the income generated by that long tail will shrink dramatically as more and more ACM published articles are published in front of the paywall. With that said, the overall cost of this new model will still be significantly less expensive for nearly all institutions (big and small) than in other Transformative OA deals with other publishers. The tier pricing above is designed to generate roughly the same amount of revenue that is currently being generated by ACM’s publications program, thus ACM views this model as essentially "revenue neutral" once fully adopted by all publishing institutions. It is also important to note that the pricing built in to the price model here is based on ACM’s APC pricing that ranges from $700 to $1,700 US; however, while the model pricing is based on this relatively low APC pricing, the model itself provides for unlimited OA publishing and DL reading for the institution and moves away from a "per article" APC transaction model, thus saving both ACM and participating institutions time and administrative cost.

Initially, the model will be optional for institutions affiliated with ACM authors. This will enable each institution to transition to this new model at their own pace, depending upon their own short-term budgetary constraints and perceived value of migrating to an Open Access future. During the formative years of this transformative plan, institutions publishing with ACM will continue to have the traditional "read only" subscription access as a licensing option while their authors may continue to have their articles opened via payment of Article Processing Charges (APCs).

The institutions participating in ACM OPEN would be welcome to stipulate their authors' licensing terms according to ACM’s author rights options (see https://authors.acm.org/main.html), however the final choice on author rights would rest with the author. To prove the sustainability of this transformative model, a multi-year commitment of at least three years is required.

As the transformative model progresses and costs shift to the most research intensive, higher-publishing institutions, the institutions publishing very little or no articles with ACM (Tier 10) will see a reduction in their fees. The reduction in Tier 10 institutional fees will progress according to the following chart as more of the annual research contents of the DL are made open once ACM has reached the threshold of 80% of its current year's research articles being published OA, the transformative model will have proved its sustainability and the "full flip" to OA publishing will be achieved. At this stage, all future peer-reviewed research content in the DL will be made OA, and a "read only" subscription option will no longer be available to institutions that have published at least one article with ACM over the previous three calendar years. These low publishing institutions will have the option to participate in the OA tier model, or their authors may choose to pay APCs to make their articles open. Also at this "full flip" stage, institutions that do not publish with ACM at all may still choose to pay the $2,500 fee for access to non-peer reviewed material, the DL archive of more than 500,000 full-text articles, and for platform maintenance. ACM will track the progression of its annual contents' shift to OA and will inform the public once these OA thresholds are reached:

In the early years of this transition, it is likely that ACM will experience a surplus in revenues as high-publishing institutions commit to this transformative model. ACM is committed to transparency as to how this surplus will be used in support of its various mission-based activities, including diversity and inclusion programs, education programs, needs-based economic waivers for developing nations, and more.

ACM looks forward to working with the scholarly community on this transformative path. We invite any questions and comments. Please contact us at dl-info@hq.acm.org for more information about this new model.

ACM has opened the articles published during the first 50 years of its publishing program, from 1951 through the end of 2000, These articles are now open and freely available to view and download via the ACM Digital Library. ACM’s first 50 years backfile contains more than 117,500 articles on a wide range of computing topics. In addition to articles published between 1951 and 2000, ACM has also opened related and supplemental materials including data sets, software, slides, audio recordings, and videos. Read the news release. 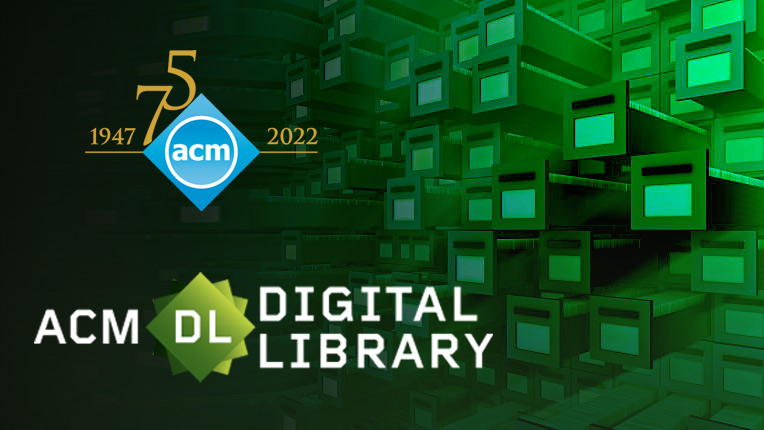 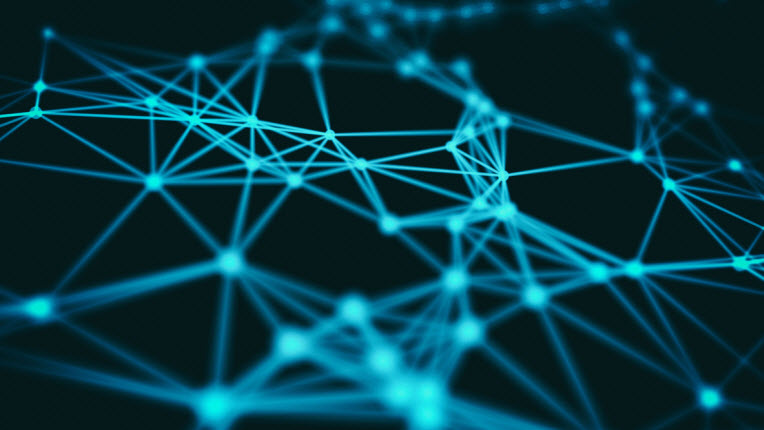 ACM Books is a new series of scholarly research monographs and graduate-level texts, authored by computer scientists and practitioners at the forefront of computing technology. 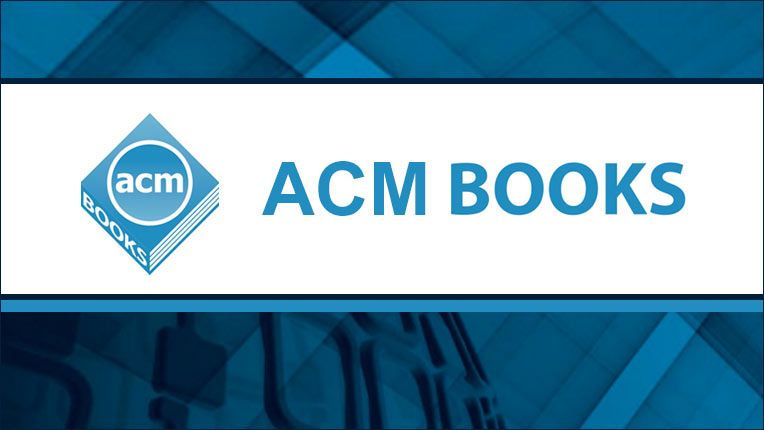 ACM is excited to announce the availability of ACM Books Collection II. Similar to Collection I, Collection II will have 25 titles upon completion and will be available via a one-time purchase model with perpetual access rights. 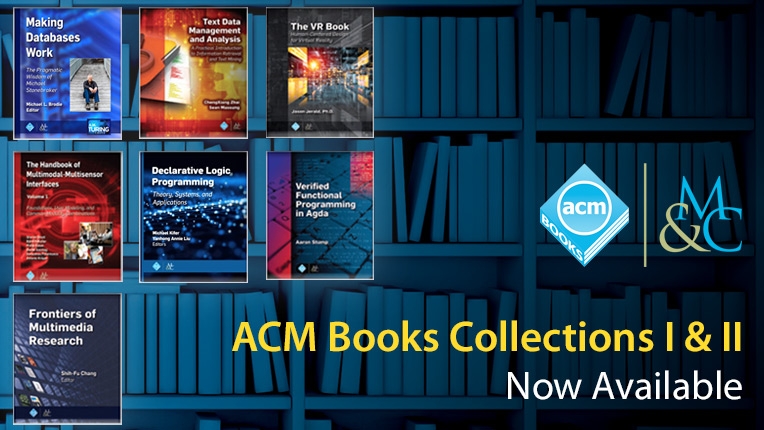